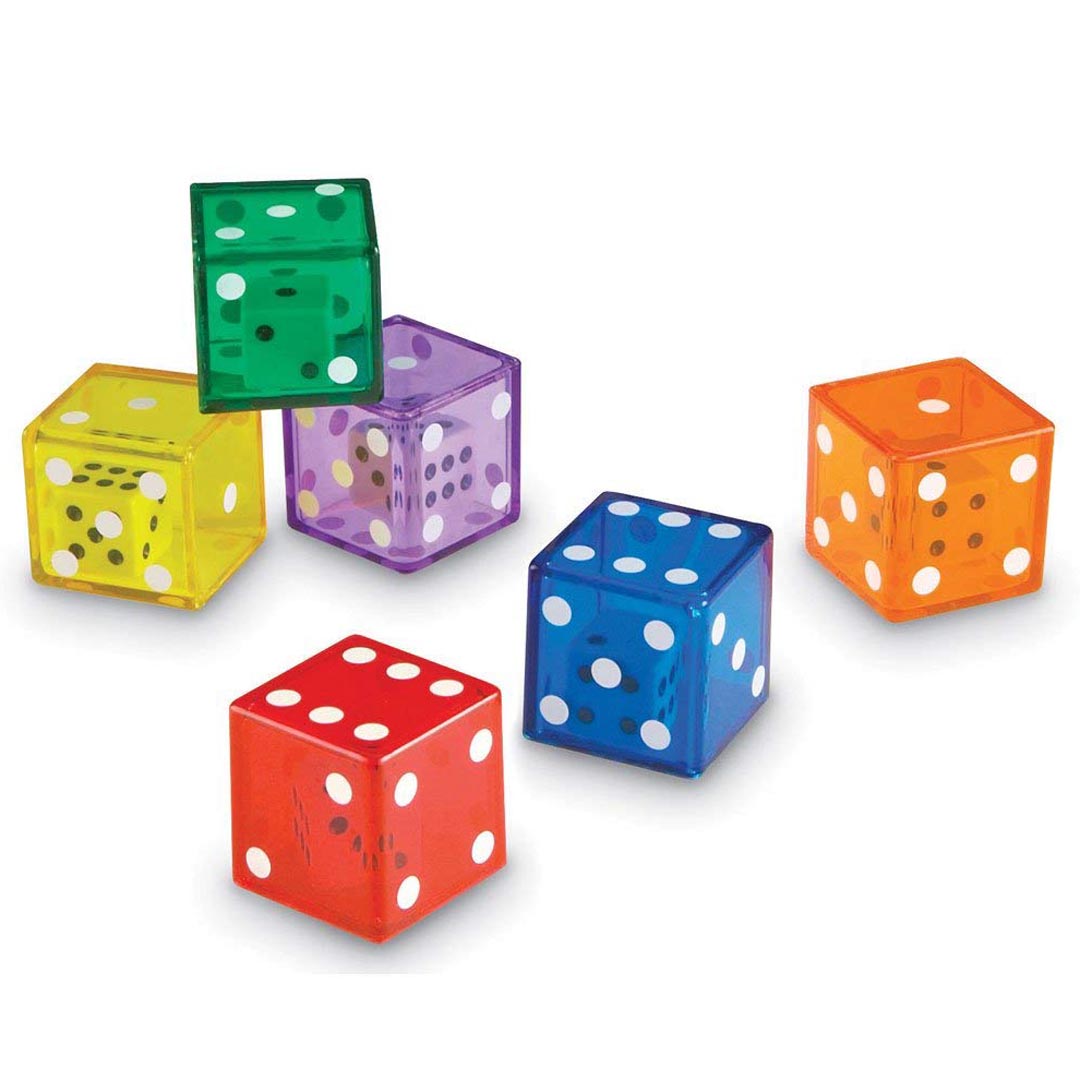 Get Children rolling and counting!

Dice are such simple little things, and they let us play all manner of games, from the straightforward like Snakes and Ladders or Ludo and move up to more complex board games. Dice games don’t require any skill beyond the ability to throw the dice, a willingness to weigh the odds, make strategic decisions to stop while you’re ahead or risk it all! That’s what makes such a simple little cube so exciting!

Where do dice come from? 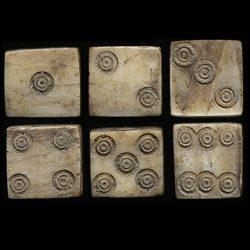 Dice have been around for thousands of years, in fact they are so old, we don’t know when they were invented, but they’ve appeared in cultures all over the world throughout history. Some historians believe they come from the practice of throwing knucklebones, which were used as a form of crude dice. These would later be carved out of bone, stone and wood and shaped into the dice we recognise today. The ancient Egyptians used dice in their games of Senet (dated from about 3000BC) and the game was so important they painted pictures of it in their tombs! The Romans were huge fans of dice games, despite gambling being outlawed. Dice would even go on to inspire the creation of dominoes and playing cards in 9th Century China. Nowadays most dice are made of plastic, and can be found everywhere in all sorts of shapes and sizes.

What are dice good for?

-They act as random number generators, introducing children to the concepts of chance, probability and strategy.

-They help children be good gamers, from encouraging good sportsmanship to dealing with the disappointment of being behind or losing.

-They are inexpensive, compact and great for games on the go. A travel essential!

-They encourage early maths skills, such as number recognition, adding up and building on children’s understanding of probability.

What games can you play with dice?

Dice, like a pack of cards are a thousand games in one little square package. Polyhedral dice can make a normal dice game even more exciting, with a wider variety of die shapes and a larger pool of numbers to work with. D10s or D12s for example can make a great way to practice children’s times tables. But today we’re just going to look at games to play with a standard six sided die. A good old ‘D6’. We’ve got printable dice games below, just click on the links to the PDFs.

The object: Be the first to complete your beetle! 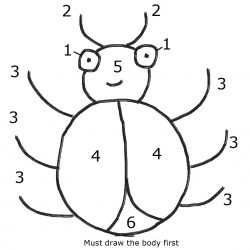 How to Play:  Beetle is a childhood classic. Each player rolls a die and draws a body part of a bug, depending on the die roll. Certain parts must be drawn before others may be drawn, you always need a roll of a 6 to draw the body before you can attach anything else! The first to complete their bug wins. A classic for young children to help them with number recognition.

Climb the Mountain – For 2 or more players aged 4+ 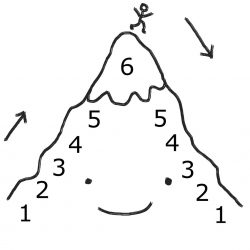 The object: Be the first to climb and down the mountain!

How to Play:  Mountain is a game that is known by many names, and is probably one of the simpler dice games for younger children, though it’s easy to adapt for older children. A mountain is drawn on a piece of paper with a series of numbers leading up the mountain, and going down the other side. In order to climb the mountain, children must roll each number that is shown on the mountain, in order. So if the first number is a 1, then a 1 must be rolled before climbing! Each number must be rolled in order, so there can be no jumping up the mountain if they roll a number that appears later on. The winner is the first person that is able to get up and over the mountain with a series of successful dice rolls. The best thing about this game is that it can be tailored for different players. For example, you may want to increase the size of the mountain, allow dice totals to be added up, or introduce more dice! This is great for children to learn number sequences. 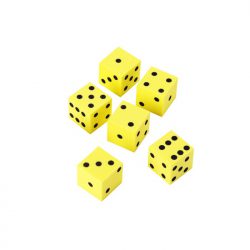 The object: to be the first to score 100 points or more.

How to Play: Players take turns rolling two dice and following these rules; On a turn, a player may roll the dice as many times as wanted, mentally keeping a running total of the sums that come up. When the player stops rolling, he or she records the total and adds it to the scores from previous rounds. But, if a 1 comes up on one of the dice before the player decides to stop rolling, the player scores 0 for that round and it’s the next player’s turn. Even worse, if a 1 comes up on both dice, not only does the turn end, but the player’s entire accumulated total returns to zero. Oh no!

Click here for more printable Maths Dice Games for 7 years and up! Guaranteed to get kids tackling maths and having fun.

If your last set of dice rolled under the sofa and were never seen again, then we’d recommend trying these Foam Dice. They are made from a soft foam which means quieter rolling on the tabletop, and reduces the chance of over enthusiastic rollers losing them! For older kids we have the classic Dot Dice in three different colours. For introducing bigger numbers and multiplication we have Jumbo Dice in Dice and 10 Sided Dice in Dice. These dice have a smaller die inside them, which means you get two numbers every time you roll! 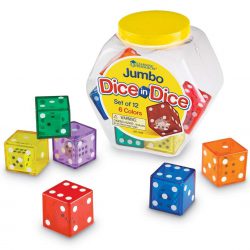 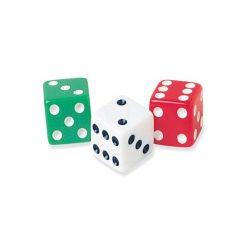 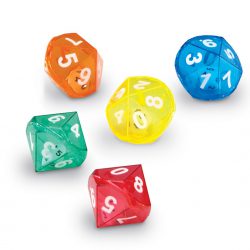 And if you’d prefer something straight out the box then we’ve got some great dice games for you:

Dice without numbers! A chance based game that uses dice to help young children hone their observational skills through matching and spotting colourful outfits for their racoons to wear! This is the youngest dice based game we sell. 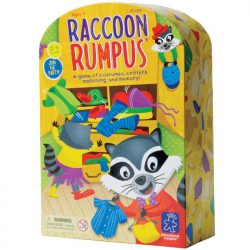 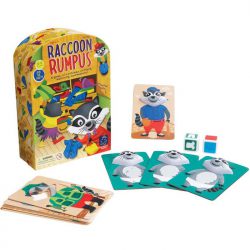 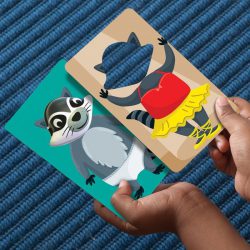 Shut The Box for ages 5+

A great game for helping children with their number bonds. Just roll the dice and see which tiles you can flip down, using the total you rolled! Based on an old english classic pub game, this is fun for all the family. 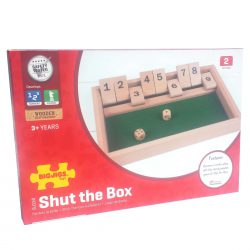 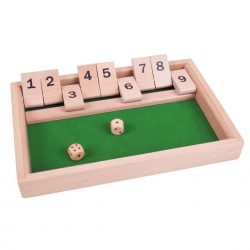 A little box full of different dice maths games, using a variety of polyhedral dice, to develop children’s number recognition and gaming skills for a variety of ages. 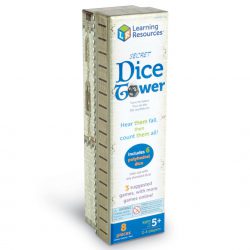 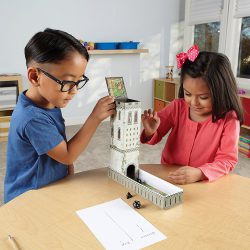 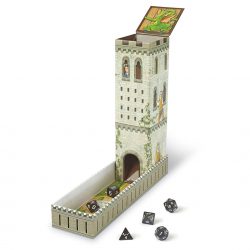 Math Dice from Thinkfun for ages 8+

This little pack is a great mental maths workout for older children. Use your mental maths to add, subtract and multiply your way to a target number, all generated by rolling dice! 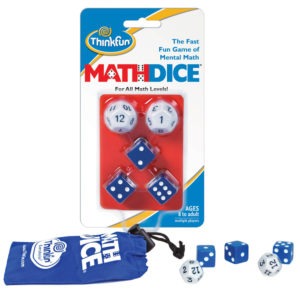 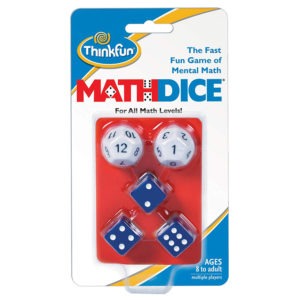 We’ve got plenty more great activities for helping children have fun with numbers in our Maths Section. And For more fun things to play, check out our great selection of Games!

Send a message or give us a call